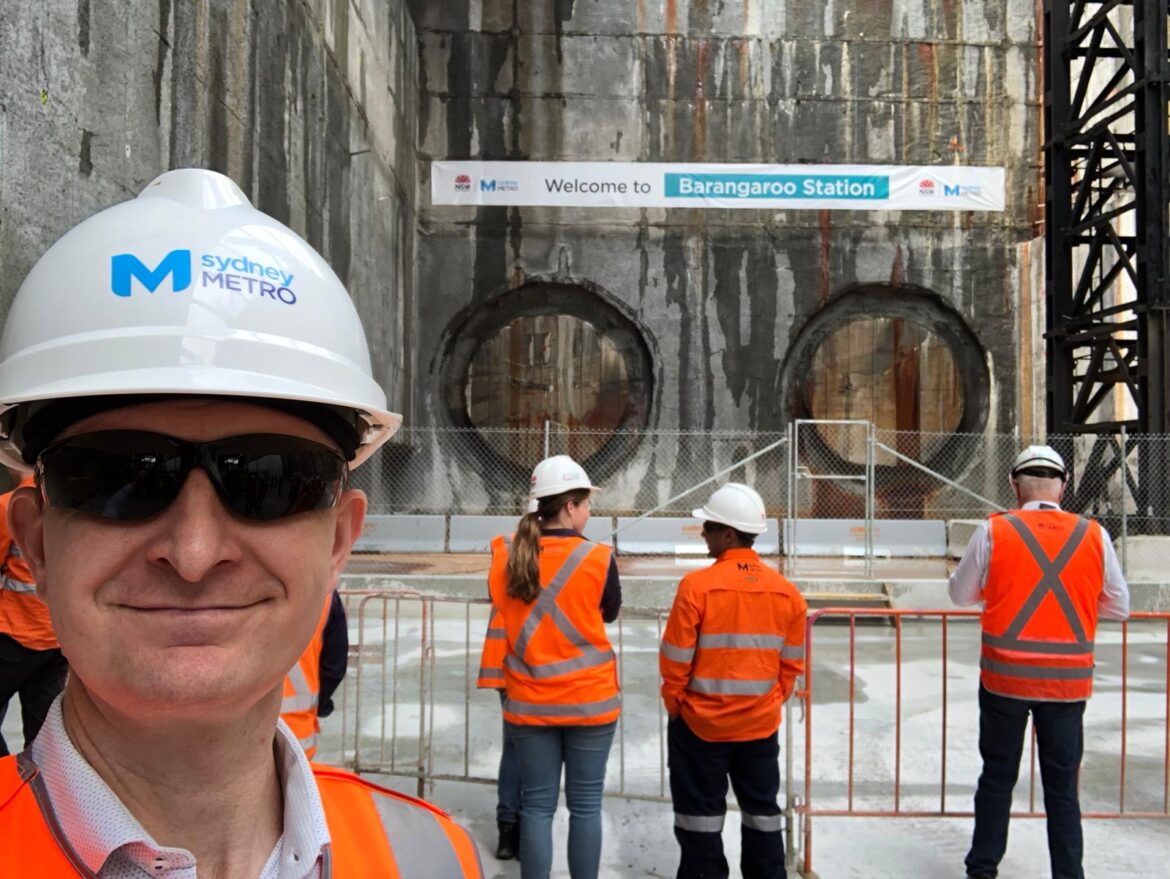 On Friday 13 December, MCE’s Thomas Lee was fortunate enough to be invited to the Tunnel Boring Machine (TBM) breakthrough at Barangaroo, as part of Sydney Metro’s City & Southwest project.  TBM Nancy broke through just after 10:30 in the morning.  She is the first TBM to reach Barangaroo from Marrickville travelling South to North.  It means that the tunnels are now connected by at least one tunnel from Chatswood in the north to Marrickville in the South.

Thomas didn’t think he would get an opportunity to see this happen, so it was a very welcome early engineering Christmas present for him.

Thomas said, ‘It was really exciting to see TBM Nancy slowly break through the sandstone wall.  A big thanks to the Metro Team for organising and having me on site.’

TBM Nancy is named after transport pioneer Nancy-Bird Walton OBE, who was the Commonwealth’s first female pilot to carry passengers and founder of the Australian Women Pilots’ Association.

MCE is proud to be supporting Sydney Metro on this major project.